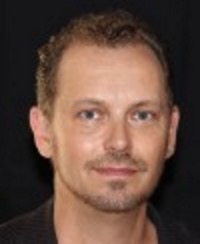 Martha Barton has made the leap from cutting hair to working on the business.

I love this story, it just shows that if you get it right even in bad economic times you can do it!

As a budding businesswoman, she bought the Fantastic Sams salon where she started in 1987 as a hairdresser. Barton, 48, a single mother of two children, has since swapped from working behind the chair to working on the business…

A quarter century later, she owns four Fantastic Sams in Riverside, where she employs 34 stylists involved in 70,000 transactions a year, doing a combined $1.7 million worth of business.

Barton owns some of the most successful Fantastic Sams among the company’s 1,200 salons throughout North America, said Scott Scolabuono, president, and CEO. Based in Beverly, Mass., the company is of one of the world’s largest full-service hair-care franchises.

He describes Barton as a role model for 20 percent of the company’s stylists who have transitioned into franchise owners. At a cost of $150,000 per unit, the outlay covers everything from fees to some funds for grand openings.

“It was absolutely worth the investment,” said Barton, who is seeking locations to open two more salons.

The crimped economy did trim back, but not flatten the company. Even during the recession, Fantastic Sams was opening 50 to 60 units annually and is expected to have launched 75 units by the end of this calendar year, Scolabuono said.

“Plus there’s no technology to drive franchise owners out of business, lots of support and continuing education, no outsourcing haircuts in China and no call center in India,” he said.

Some of the salons that closed were in shopping centers that were losing other tenants.

“It’s tough for one business to make it when the rest of the center is empty,” Scolabuono said.

The $60 billion hair-care industry continues to grow. The Bureau of Labor Statistics says there will be a 15.7 percent increase of hairstylists, hairdressers, and cosmetologists by 2020. U.S. News & World Report also named hairdressers as No. 12 in its list of the best social service jobs for 2012.

Barton said she became a stylist at the salon at 3267 Arlington Ave. with no plans of eventually owning it. She loved the job but standing on her feet every day and repetitive hand motions punished her body.

As Barton rose through the ranks from team leader to general manager, the previous proprietor encouraged her to buy stock in the business. After the owner died, Barton was able to buy the franchise in the early 1990s.

“I gave up cutting hair because I need to grow the business and focus on numbers,” she said.

Since then, she has acquired the salons at 2955 Van Buren Blvd. and 321 East Alessandro Blvd. She added her most recent one five years ago at 3380 La Sierra Ave.

“I like the fact that we see our customers smiling when they leave,” Barton said. “It’s a happy atmosphere and we can earn their trust.”

Click here to find out more about my Salon Building Formula

NextKeep Organized and On TrackNext